Christy, a senior member of the SARD Customer Support team, shares a day in his life. We love having Christy at SARD because he is excellent at Customer Service, extremely knowledgeable about SARD products, frighteningly good at Maths and writes excellent pub quizzes.

The day starts, as it tends to, with blocked airways. Of all the things to be allergic to, mine is ‘the warmer six months of the year.’ In order to render myself at all helpful today, I first need to load myself to the ears with antihistamines. Yummy.

I take a moment to ponder the consequences of taking something that causes such drowsiness immediately after awakening, and what percentage of my life has been taken from me exclusively by the forced naps that come with the privilege of being allowed to breathe through my nose today. I then stop and go to feed the boys.

Matt and Jeff are recent tenants of the property, having only been alive for around 11 weeks at time of writing. They’re much better with vegetables than other children. Small victories. Today, they get a small bit of strawberry as well, the lucky things. Picture below for reference; I hasten to add that there are in fact two water bottles, one for each of them. The below, therefore, demonstrates a combination of them being very cute and unreasonably dumb.

With the chaps fed and watered, it’s time to head off on the commute; I take a step to the right and I’m at my desk. WFH today.

Now to focus on SARDing; first job is to take a look at the emails which have come in overnight for us to address first thing – usually this is between 8-15 on weekdays, but over the weekend, that’s a different story. Don’t get me started on Tuesdays after a bank holiday.

Once these are distributed amongst the team, we can get cracking on those from 9am when the work day starts for us. At that time, we head over to SnapEngage, log in and at nine o’clock, mark myself as ‘available’ to start receiving chats.

Jargon buster: SnapEngage is the system used by the SARD team for our chat feature. We log on from our end to receive chats, so that we can get back to any queries that come in through here.

At this point in time, each of us will average about 30-45 chats over the day, though there are interesting patterns that emerge. Often Fridays are significantly quieter than other days, unless it’s the first of the month (i.e automated reminders time), or the end of the month (i.e due date season).

Chat continues all day, as well as the emails that come in (henceforth known as ‘tickets’). At 10.15am, it’s time for the full company Scrum, where SARD folk catch up over Zoom as to what our plans for the day are; this often sidetracks into either a work-based conundrum where a ‘quick question’ proves itself to be anything but speedy, or loneliness-enforced weird conversation; previous topics including:

For anyone interested, my answers are using the Match of the Day theme as part of the ceremony, late-September and popcorn being preferable by miles, do not test me on this.

This will last between three and 45-minutes, at which point the focus is on work once again, and in my case, chats, tickets and Multi-source feedback (MSF).

Lunch break comes, and once I’ve cleared with the rest of the team, it’s time to throw together some scran. With it being term time, the other half is at work indoctrinating the youth (not really, she’s in the English Department). Thus, it falls unto me to prepare my feast. I refer back to my mental cookbook of student days to select something I can piece together quickly and effectively.

Action stations for this; grill on, hob on, oil in, bacon sliced, egg cracked, another egg, another egg, check for milk, no milk, another egg will do, smoke everywhere. The importance of not leaving the pan empty too long. The smoke alarm yells at me to keep my focus, as though I wasn’t already aware of my failure. I return the yell in acknowledgement and defiance.

Overall, success. Picture above for reference. And still minutes on the clock before I’m needed back on chat. This isn’t a reflection on our lunch breaks being short, moreso on my kitchen-based ineptitude.

Chat, tickets and MSF continue through the afternoon – there isn’t much more to describe to you without giving away the tricks of the trade. But just saying that makes it sound way more shady than it really is. I’m making it worse, but at least padding out the word count. Plus, I’m not sure what you’d want to know; if you have any Q’s I’d be willing to A them.

I’m able to get away pretty promptly after 5pm – when the chat system is no longer turned on and all tickets which have arrived before closing time have been answered. I’m free to log off.

First thing this evening, however, I’m heading into the office. Bizarre. Departing from my home in Whitstable, five miles down the road to the office in Canterbury to check on any post which has arrived. Most days, we receive some patient feedback questionnaires sent in by doctors for processing as part of their MSF on the site, and it would be my job to log this as having arrived in Canterbury and an automated email will be sent to the doctor in question, to relieve them of the concern that they may be lost in the post. This would be an incredibly rare occurrence, but still best to confirm this than leave them concerned that their luck couldn’t be worse.

Once done, back home for a brief while, I greet the returning teacher and pretty swiftly we’re back in a car and heading off again.

I’m one of the surprisingly large number of SARDinians with a theatre background, and tonight I’m operating the lighting for a dress rehearsal in advance of opening the theatre up to audiences once again. Picture below as proof.

Restrictions being in place at this time means that we can only operate with a restricted number of members, limiting us to around 25% of a full house at the time we open (182 seat venue, so just under 50 at the maximum). This includes the people who are in the thing, backstage, front of house, working the bar etc., so it’s still heavily diminished until the point that we’re safely free of restrictions, but those who’ll be in attendance will still be greatly appreciative after 18 months of being closed.

Homeward bound for good circa 9pm, at which point it’s time to check in on the furry lodgers once again. Being nocturnal, they’re just waking up properly once again, so send themselves hurtling around the house in their balls, crashing into walls and doors like morons. Get them fed, watered and knackered, and it’s back into their house and into bed for me.

Then jump out of bed and remember that I need to write something about a day in the life. Nice meta ending for you, how’s that for a narrative? 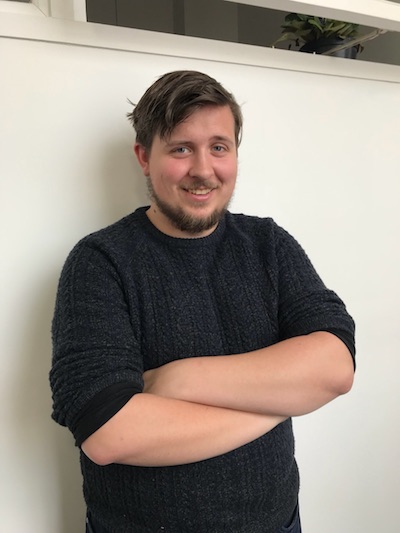